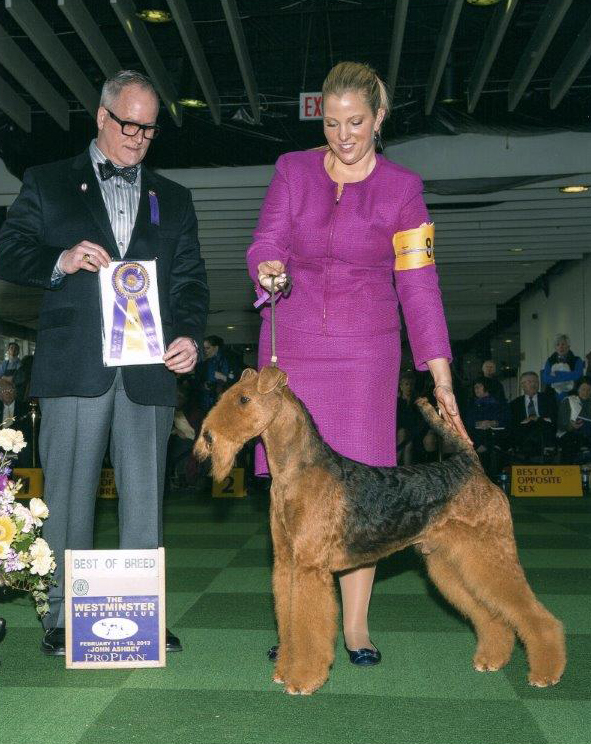 Jaxson was the # 1 Airedale All Systems throughout 2012 with a total of 4899 Group points, and 487 Breed Points. He was also the #1 Airedale in Grand Championship points and the only Airedale to receive a Best In Show.
He earned 101 Best of Breed Wins, 44 Group Placements,7 Group Wins and 1 Best In Show.

A special thanks to all of these judges for their recognition of Jaxson.